A nanophotonics study with the Jariwala Lab at the University of Pennsylvania. 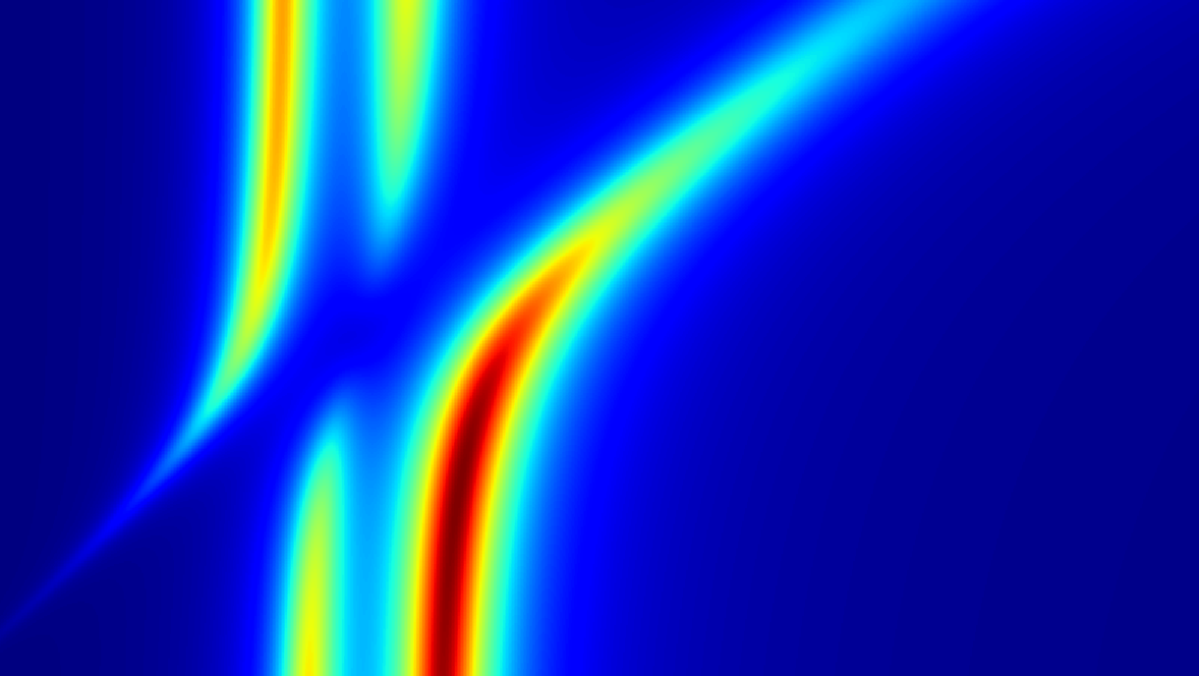 Over the past year, I have been working with the Deep Jariwala group in the Electrical and Systems Engineering department at the University of Pennsylvania. I am so proud to announce the publication of our paper, “Hybrid exciton-plasmon-polaritons in van der Waals semiconductor gratings,” in Nature Communications (open access print formatted version here).

This work was led by Huiqin Zhang, myself, and Professor Deep Jariwala, along with the brilliant Jariwala group and collaborators from academia and industry. The paper is technical, but I’d like to discuss some really elegant aspects of this study here.

I want to start by talking about color. I found these beautiful beetles in front of my house the other day (Figure 1). If you change the angle from which you look at them, they shimmer with every color from an emerald green to a coppery red. This kind of special color effect is called “structural color,” color that comes not just from molecular properties, but from the geometry of a system. This particular structural color is caused by thin film interference. The beetle has a thin layer on top of its shell that causes light to interfere constructively or destructively depending on the path it takes while bouncing through it. This effect is also responsible for the iridescence of oil on water and sparkly bird feathers. The leaves that these beetles are eating have a more traditional kind of color that is typically intrinsic to a substance; plants are green because the chlorophyll molecule itself is good at absorbing blue and red.

In this study, we examine reflectance spectra (i.e. the color) of nanoscale strips of the two-dimensional semiconductor WS2 (Tungsten disulfide) on gold (Figure 2). These structures’ features are at the scale of the wavelengths of visible light—as a result they interact with light in counterintuitive ways (the study of this kind of thing is called nanophotonics). Similar to the way chlorophyll absorbs certain types of light, WS2’s atomic structure causes it to absorb orange due to an electron excitation known as an exciton. However, we observe structural color too! Notice how the unpatterned WS2 crystal can look rosy, deep blue, or turquoise in 2b—this is the exact same effect that we see in the pretty beetles in my yard.

But by patterning very thin WS2 layers (10s of atoms thick!) into strips spaced out at optical wavelengths, we induce more complicated forms of structural color. See the complex evolution of the reflection spectra in the animation in Figure 3. In the subsequent figures, structural color modes are marked with a triangle and a cross.

We played with the dimensions of this system, took a lot of experimental measurements, and ran a lot of simulations. Then we noticed something weird: if the dimensions of these strips were just right, that orange absorption, that should be intrinsic to the material, disappeared (white diamond in Figures 4, 5, 6)! This disappearance is a new finding. Imagine if you folded a leaf into some shape and then it stopped being green!

To understand why this happened, we had to model the coupling behavior between the orange absorption (the exciton) and the structural color. When the electron is excited by orange wavelengths, it creates a vacancy known as a hole, leaving the crystal with a pair of opposite charges we call an exciton. Light is electromagnetic radiation, meaning that light’s electromagnetic field can interact with this charge imbalance. Remarkably, the interaction between these two structural color effects and the intrinsic exciton absorption can be modeled with the exact same mathematics as coupled oscillators, i.e. stuff wiggling on springs (Figure 5).

We applied this model and discovered that under certain conditions, this disappearance effect can be reproduced by this seemingly ridiculous analogy. I find it beautiful that a borrowed trick from classical mechanics can explain the nuanced interactions our structure has with light (Figure 6).

Besides unraveling some fascinating physics, this new phenomenon could open the door for reflective displays (think a Kindle paperwhite, but in color!), or even sci-fi stuff like holograms and electromagnetic cloaking. I’m grateful for the Vagelos Integrated Program in Energy Research for funding my time with the Jariwala lab. And a huge thank you to the other co-authors, Qing Zhang, Jinshui Miao, Kiyoung Jo, Stefano Roccasecca, Mark Knight, and Professor Artur Davoyan. It’s an honor to shed light on a new world of science with this team.

One thought on “Suppression of Exciton Absorption via Structural Coloration: Manipulating Color with Nanophotonics”